As a preview of Cadillac’s first EV on a bespoke platform specifically engineered for a range of electric vehicles, the LYRIQ concept is a big deal. Better still, as Andrew Smith, executive director, global Cadillac Design reveals, the production car will be very close to  the concept 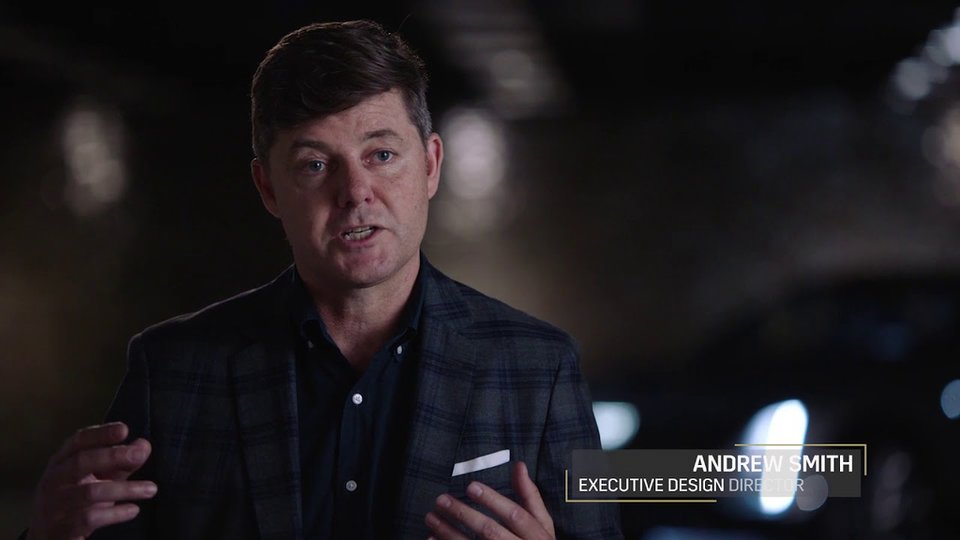 We will have to wait to see the production LYRIQ, which will debut as a 2023 model. But meantime, Cadillac’s design team is reassuringly confident there won’t be significant differences between it and the concept shown on these pages. How so sure? Because the production car was started first, and the concept second. As with other examples of concept vehicles, the LYRIQ provides a foretaste to the public. As we’ll learn later, the concept helped GM push the design of the production vehicle by creating a full-size model with life-like detail of what was possible.

“It was a production programme first and foremost but we wanted to do a precursor of that vehicle, a show car,” Andrew Smith, executive director, global Cadillac design, confirms. “There are some small differences in content and execution between the show car and the production car, but in general, the first impression should be that they are basically the same car.”

When asked about the nitty-gritty of what will have to change for production, Smith is upfront and honest, citing the concept’s slim exterior camera wing mirrors as one casualty – as they’re still not legal in the US, one of Cadillac’s key markets – while the separated, individual second-row seats are another. “Our designers always love to sketch a four-seater,” he chuckles down the phone from his Michigan, USA design base, “but the production car will be a five-seater. Other than that, when you see the production vehicle I think you’ll be amazed frankly, at how similar it is.” So yes, you can expect those cool flush door handles, black crystal grille with back-lit Cadillac badge and ultra-slim headlamps and tail lamps all to stay on the production model.

Beyond those nice-to-have details, the big design change in the LYRIQ, compared to previous Cadillacs, is its optimal crossover-style large SUV proportions and dimensions enabled by the new Ultium EV platform underneath. Although the design opportunities created by no longer needing to package a large internal combustion engine upfront are now well-known, he explains how this particular platform helped the LYRIQ’s specific shape develop very well.

"When you see the production vehicle I think you’llbe amazed frankly, at how similar it is"

“We didn’t want to do a bubble car, we wanted a classically beautiful proportion,” he says. “We always want to do this long ‘dash to axle’ proportion, massive wheels and an awesome stance, so here was an opportunity. The shorter front overhang was a big deal for us and being able to push the front wheel well forward was also a huge enabler. We needed space for a charge port anyway, so having the long dash to axle really helped. We also wanted to make the car wide and the need to house a big battery helped dictate that too.”

Design details and signifiers associated with the Cadillac brand were also reconsidered, with Smith promoting new approaches for fresh results. “Certainly when designing a Cadillac, one of the biggest challenges are the vertical head and tail lamps. They are iconic details, and I adore them. , But they drive decisions from the very beginning, as designers have to think about the form of the vehicles and put ‘corners’ on the cars before they have even done their first sketch. So we really started to think about the graphics – almost let them be secondary for a moment – and just re-think the form. That’s when we started to think about the stance of the vehicle. We didn’t want to do a wedge shape, we wanted the rear-end to settle a little.” Unlike more upright, traditional SUVs – like a Range Rover say – it was important to Smith to have a sporty crossover silhouette for the LYRIQ. “The other point was getting the ‘heel point’ down as much as possible,’ he says. “If you look at the Cadillac XT4, we developed that SUV off the sedan platform, so as a result the vehicle looks low but when you open the door you notice it has a really massive interior space. We really wanted the LYRIQ to look sleek and low. It couldn’t be this high-riding vehicle with people sitting on top.”

"America is this land of opportunity, with big open spaces...how do we create that feeling in a car?"

Luckily, with a flat floor enabled by the Ultium EV platform and no requirement for a transmission tunnel of an internal combustion engine vehicle, , the LYRIQ’s cabin is able to be large, open and airy too. Its designers were able to build on a foundation of recent Cadillac interiors terms of fit, finish and technology. For example, the LYRIQ’s 33-inch diagonal LED display builds on the stunning, large and curved screen in the new Escalade.

On the subject of the LYRIQ’s interior, the Australian-born designer even gets a little philosophical. “From an interior perspective I’ve always thought spaciousness is an American attribute,” he says. “When I think about America I think of it as this land of opportunity, with big open spaces. Everyone has lots of space, so how do we create that feeling in a car? The large screen really helps to reinforce the horizontal feeling in the interior and the slim vents make it feel as light as possible but still luxurious..”

The spacious interior also posed a challenge for the team, as they wanted to avoid the deep, large, empty-feeling feeling associated with a minivan. The team paid particular attention to breaking up the area between he windscreen base and steering wheel, where the the LYRIQ’s IP has a well-sculpted head-up display unit and raised-up metal pinstripe curving round to meet the door cards to effectively break up the space.

There are finely crafted details and accents throughout that reinforce the luxury feeling within the cabin. Smith is clearly enthused by a few in particular: “When you open the storage drawers you see this beautiful blue liner. On the side ends of the instrument panel is an abstracted version of the original Cadillac crest. Details like these are important, because they create a product you really love and you want to tell stories about. Like if you buy a watch, it’s the details that convinced you to buy the more expensive one when you could have bought a five-dollar watch that would still have kept the time. These cool details, that maybe you don’t see the first time round, are important.”

Ultimately, Smith is well aware that designing luxury products like the forthcoming Cadillac LYRIQ is about creating desire in the customer. “As a Designer, you have to ask why a customer is going to buy a Cadil-lac?” Smith says. “Then you have to ask yourself, ‘why am I going to buy a Cadillac?’ It comes back to storytelling and passion – a car that pulls on your heart strings but does everything right, too. I believe Cadillac really resonates with people because it’s different. It stands out. And that’s what we want to maintain.”