But weighed in terms of clarity of vision into the future of motoring, you’d have to credit BMW’s interior concept, BMW i Interaction Ease.

This collaboration between BMW’s Californian DesignWorks satellite and its Munich studio gave us a compelling insight into how cloud-enabled ‘shy tech’ could deliver a luxury autonomous travel experience while also simplifying the interior to the point that it was difficult to recognise this was a car at all.

“The brief was to really showcase the experience rather than the physicality,” said Michael Scully, global director of DesignWorks.

The BMW i Interaction Ease, to give it its full name, was the first BMW concept to lose its steering wheel, a fairly momentous event in itself given how the brand’s commitment to driving pleasure has dictated
at least a retractable wheel in all its previous visions of an autonomous future.

The sculptural, monolithic, abstract shape of the Interaction Ease exterior was intentional

The creators don’t even refer to the concept as a car, but a sculpture. Twin rectangles suspend the cabin in between, giving the exterior a monolithic presence that’s designed to give it a mysterious, almost forbidding air.

“The transition between stark exterior and warm interior pronounces the fact that when you come inside, you’ve really arrived,” Scully told Interior Motives. BMW might have severed the traditional connection with car and driver through steering wheel and pedals, but this autonomous concept builds a new technology connection, one that promises to be just as powerful. This isn’t an autonomous pod in which travellers lose themselves in their smartphone the moment they step on board. Quite the opposite.“The level of embedded technology is really important because it’s not an explicit example of tech staring you in the face, but instead more of the presence of an intelligent personal assistant that is omnipresent,” said Scully. “I think it’s valuable to point out it’s everywhere except on screen."

Building the Interaction Ease concept model in the studio

This is the shy tech – a combination of gesture control, gaze recognition and voice control that delivers information and changes mode through an invisible interface. The timing of the concept’s unveiling at CES was linked to BMW’s announcement that its iNext electric SUV will become the first car launched with 5G connectivity when it arrives in 2021, giving it an expanded wireless pipeline into the car that’ll make this hidden tech far smarter than it would be if all the computing power was embedded
into the car. 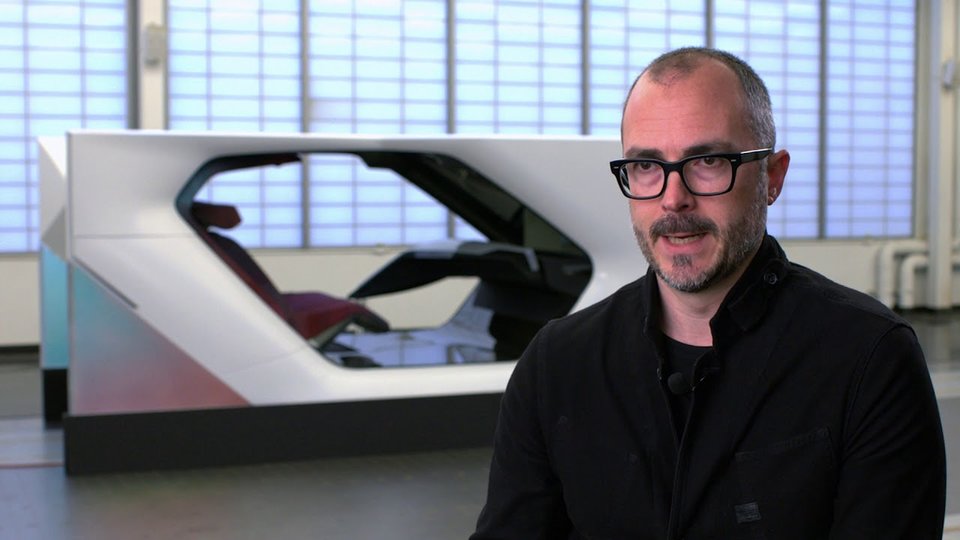 BMW gave examples of how it worked, for example in 'Explore' mode, gaze-recognition sensors determine what the passenger is looking at and then, at their command, display information on the smart glass, eg the history of a building or reviews of a café. In 'Entertain', the passenger gestures to dim the smart glass, and asks for a particular movie to be shown on the panoramic windscreen.

In 'Ease', a gesture tips the seat back into ‘zero-gravity’ position, dims
the lights and plays harmonious sounds. This is the car as living room,
but better.

At the unveiling, BMW head of development Klaus Frolich talked about how merging advanced technology and design “creates an almost human bond with the car”.

The idea is to mimic our natural reactions with each other, and by offering gaze, voice or gesture interpretation, not constrain how we communicate. “Sometimes I give direction by looking at you, sometimes I’m using my hands to describe and sometimes I’m touching a surface to give a command,” Holger Hampf, president of DesignWorks said. “I do this not by thinking about it. I do it very naturally, in a flow of conversation.”

The physical surfaces inside the car are made smart with the same hidden technology.

Thousands of LED lights embedded into places like the floor and seats remain hidden until needed, for example to guide you into the car. “They show you the way towards the richest experience point,” Scully said.

Lights just below the surface of the seat fabric react to being sat on. “It’s almost if there was a swarm of butterflies. If you came and sat down they would scatter, and slowly might start to reach around you,” Scully said. “That dynamic is something we like, it has that shyness and warmth.”

The “rich experience point” is the seat furthest from the door, where the cocoon feeling enacted by choosing ‘Ease’ mode is strongest. This is helped by a change in the fabric, a vegan wool created in partnership with Dutch wool-centric fashion brand Byborre. “It has a variation in the texture, a gradient not just in colour but also depth or height,” said Scully. “As you move further into the sculpture that fine weave moves to more of a coarse opulence to really emphasises that notion of cocooning and privacy.”

With all the buttons replaced by gesture, gaze and voice control, and
the screen migrated to a projection on the windscreen, the dashboard itself has none of the normal functions you’d expect, apart from
offering storage. But it’s still called on to help create the experience.
“In the 'Entertain' mode, when you’re watching a movie, some of
the highlights from the scenes are actually being mimicked on that surface in front of the display,” Scully explained. “It’s very subtle but acknowledges that the intelligent personal assistant is always there, but more supporting than overpowering.”

The Interaction Ease feels especially significant because it’s evidence that BMW, through its relationships with its suppliers, has discovered technology powerful enough and clever enough to imagine an autonomous future that allows it lose the steering wheel and move beyond the 'Ultimate Driving Machine' tagline. The brand identity, as seen here, instead comes from the luxury of having a personal cocoon that’s both calming in its simplicity, but clever enough to react to your different needs, depending on what type of journey you require.

Said Scully. “As technology grows it actually starts to recede in its visual presence and simply becomes part of the overall experience. But it’s fundamental in enabling that experience.” 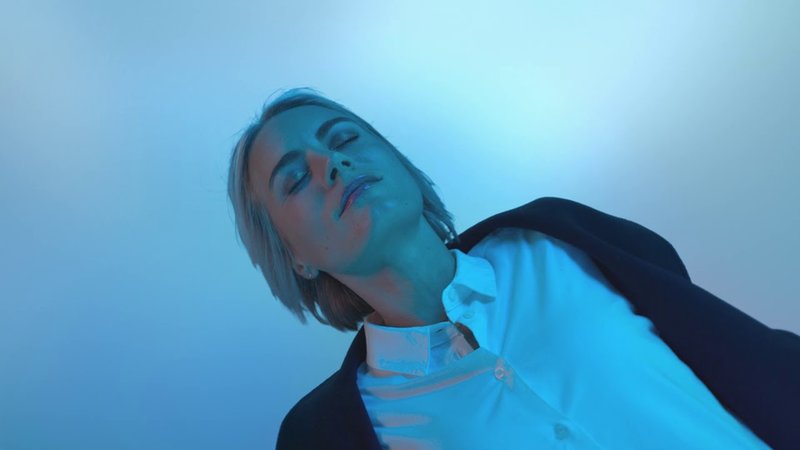 Length: not revealed, but just shorter than an i3