The company possesses a comprehensive automotive culture matured through long-lasting joint activities and partnerships with both Western and Eastern OEMs. LDA Design’s experience of supporting the establishment of automotive design studios in Italy, such as Honda and Chang An, has given those working at the company a unique understanding of cooperative design.

In July 2019, LDA Design moved to a purpose-built studio in the design heartland of Turin, on the Strada del Portone 159, Grugliasco.

“The purpose of the move was to create an environment in which creativity and inspiration were fostered both for our designers and customers. We also wanted somewhere nice to host our guests,” founder

and lead designer D’Ambrosio told Interior Motives.
“LDA’s new design studio is structured in such a way to allow customers to develop and network, as well as work on completely autonomous projects that can be allocated to specially dedicated confidential areas. It provides space for a quiet, relaxing and inspiring atmosphere for creative work,” confirmed D’Ambrosio.

The new studio is located in a technology hub, with a community of complementary creative companies. These specialise in developing the body-in-white, new platforms, new engines, motors and electronics, and technology for autonomous driving. There is also a design museum space planned for the site set to be completed soon. In addition, the modelling houses in which show cars and design models are built, are around ten minutes away from the new LDA studio location.

LDA Design benefits from having this extensive network of businesses nearby, each with their own individual capabilities that can be harnessed by the LDA Design team for specific projects. As well as the aforementioned engineering firms, there are companies that have CAD capabilities, additional resources for CAS, virtual reality and animation studios, paint shops and rapid prototyping systems. Some are also able to execute small production runs.

LDA Design prides itself on being a small and agile company

“This supplier support network allows LDA to really focus on the design,” D’Ambrosio observed. “We can remain a small, agile company that, having no need to offer a full in-house service to the client, can identify the best selection of specialists according to the client’s needs.”
LDA Design works with passenger cars and motorcycles. It is also active in other industries such as architecture, industrial design and public transport. It employs a compact group of 16 designers that deliver a combination of fresh ideas as well as creative and technical experience.

LDA Design is active in several industries, but most of its work is in automotive

The core of LDA’s work is in automotive, and according to D’Ambrosio, there are many changes on the horizon. “EV platforms are new packages, allowing us to consider every single car part from the content of a door to a steering column cover.”

He believes that a more modular approach to automotive manufacturing

could open up a significant number of opportunities for designers. Referring to the Mini designed by Alec Issigonis, D’Ambrosio said: “When he [Issigonis] changed the engine and transmission to being transverse, it led to a whole new package – everything was suddenly up for reconsideration. Now, we have been handed this golden opportunity too."

Most of LDA Design’s customers are in Asia. “We work with European companies too, but at the moment, we find that working with companies based in Eastern countries is really inspiring. In China, for instance, there is only a short history of manufacturing cars, and as a result, the traditional processes may not be fixed. This is fantastic from the point of view of a designer. It offers us the freedom to look at and develop new projects using the ‘why not?’ approach.”

D’Ambrosio’s experience and years of work in Turin’s design houses means he understands the importance of focusing on non-mainstream creativity. He also manages the network of small suppliers to work effectively and to budget, monitoring performance on behalf of the client. “We are the people in front of the client who are responsible for the results. We want to be the ‘added value’ in the customer’s project. If they don’t get good results, it is our fault." 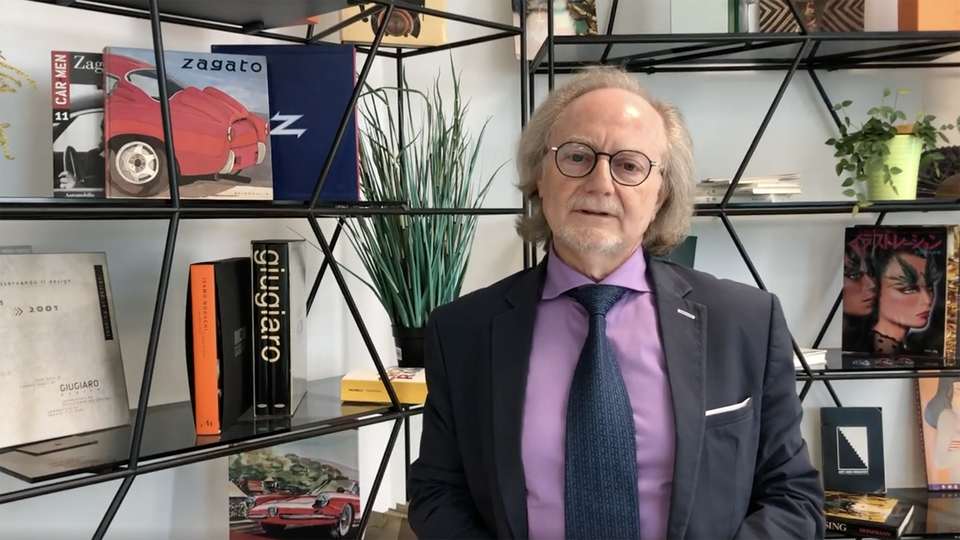 For more on D’Ambrosio’s career in design and LDA Design,
read this article from Car Design Review 6.