The subtle and not-so-subtle ways technology can be integrated into the interior of the future was the big theme for automotive at the January 2020 CES show in Las Vegas.

Suppliers jostled to attract the attention of automakers as they, in turn, hoped to attract customers who are starting to develop very different requirements from car buyers in the past.

“Performance, horsepower, rpm, these were all very important when I bought a car,” said Michael Mauser, the incoming CEO of infotainment and audio specialist Harman. “But consumers now are expecting more from a car than just horsepower. They want to have a connected experience.”

It’s rare to find a new car today globally that isn’t connected via an on-board SIM (required by the law in Europe to enable the e-call emergency SOS signal). But automakers and the super-enablers of the digital cockpit such as Harman, Qualcomm and Panasonic were touting the far wider benefits of connectivity as offered by 5G mobile technology.

Laying this faster, broader wireless pipeline into the car, we were promised, won’t just bring benefits like streamed high-definition entertainment, but will also enable Cloud-informed technology such as gaze recognition, voice recognition and gesture control that could speed up the process of eliminating traditional buttons and create the desired living room feeling.

At CES both BMW and Mercedes unveiled concepts that made a big deal of technology that is hidden in the vehicle, or as BMW calls it, ‘shy tech’.  It has the potential to make passenger interaction with various systems far more intuitive and safe. 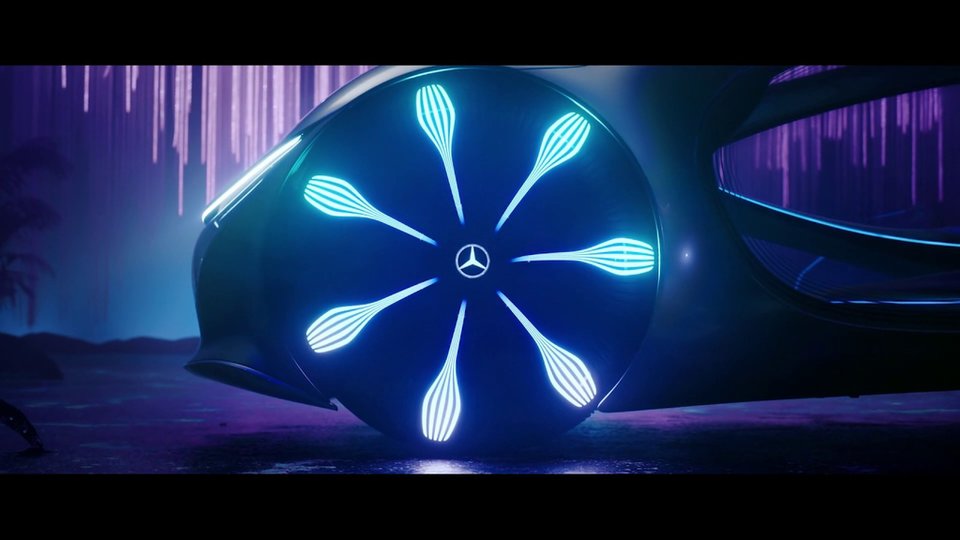 Mercedes’ outlandish Vision AVTR used a commercial partnership with the Avatar movie series to signal a greater connection between technology and nature in its future design. For example the AVTR showcased gesture control and a ‘palm control’ feature that projected an interface on the palm of a hand. Hidden in the seats were ‘exciters’ that transmitted information and also relayed the natural world outside to the car via vibrations. “Tech in a car is all about the interface, from wooden sticks to switches and buttons, all the way to our MBUX voice assistant,” Ola Källenius, the new head of Mercedes parent Daimler, said in a keynote address at CES. The next step was gesture control, he went on, which was “just around the corner”. “The more natural the connection gets, the better,” he said.

Klaus Frolich launching the BMW i Interaction Ease in January 2020

A similar theme was struck at the BMW stand. The OEM unveiled an interior concept for an autonomous car called Interaction Ease. It showcased a variety of human-centric technologies such as gesture control, gaze control and voice control, as well lighting that was hidden within the knitted seat material. “This merger of advanced tech and design creates an almost human bond with the car,” BMW's head of development Klaus Frolich said at the unveiling.
He went further by promising that gaze, gesture and advanced head-up display would be available on 2021’s iNext electric SUV. The car, he said, would also be the first commercially available with a 5G connection.

Away from the glitz of the CES reveals, suppliers small and large were displaying technology that can realise the dream of the designers. An audio start-up from Finland called Flexound showed off what it called augmented audio. This works by radiating sound through the padding of seats, either in the car or elsewhere. The integration of this mechanical device can partly or wholly replace the more traditional audio speakers in a vehicle, or alternatively, it could be used relay information, much like Mercedes’ ‘exciters’. 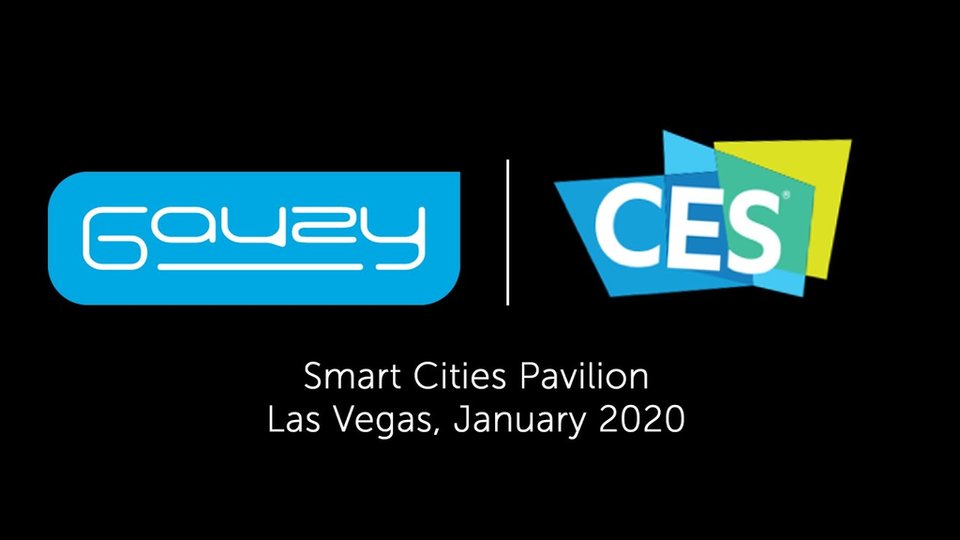 Israeli material science company Gauzy meanwhile showed off further advances with its smart glass. The company already sells its SPD (suspended particle device) glass to the likes of Mercedes and McLaren for blacking out sunroofs at the touch of a button, but is working on further advances both to SPD and its Liquid Crystal active light-control glass. The latter allows messages, or moving images such as ads or films to be projected on to it, and the company also demonstrated a laser patterned version that could instantly return to clear glass.

Interior projection was a feature on Lexus’s LF-30 concept, unveiled at the Tokyo motor show last year but shipped to a Toyota event in Amsterdam in January. Rear passengers could look up and see 3D displays of the route or augmented star maps projected onto the glass roof [see lead image at the top of this feature], bringing the experience of driving to those who otherwise might be lost in their smartphone or gaming device. “We talk about time well spent,” explained Ian Cartabiano, president of Toyota’s ED2 design studio and the creator of LF-30.

The less subtle interior trend at CES was the size of dashboard screens, which continued to get larger, not least on Sony’s Vision S concept with its full-length panoramic screen. This was the near-future so faithfully realised that many wondered if Sony was getting into the car-making business. Instead the car was a rolling billboard for Sony’s own imaging sensors, as well as tech from other suppliers, such as driving monitoring, rear-view cameras, over-the-air updates and ADAS systems.
As screens get larger, suppliers were tackling the conundrum of driver distraction ahead of the still-unresolved time when autonomous cars become widespread. Touchscreen haptics giving non-visual feedback were the subject of TDK’s stand. The Japanese supplier showed a large screen featuring its PowerHap piezo actuator that it said combined power but also refinement and light weight needed for bigger screens.
US start-up Tanvas meanwhile offered a different haptic approach without actuators that it said allowed designers to give feedback on much thinner screens.

The problem with actuators, according to Tanvas, is not just the space required but also that they introduce vibration. “And vibration is just what you don’t need in a car,” Tanvas CEO Phill LoPresti said. Instead it uses electro-adhesion that applies voltage to the back of the glass panel to create an attraction between the positively charged glass and your negatively charged finger. Different textures can be achieved from rough grain to fine grain and ridged, allowing drivers to navigate a screen without needing to look. Tanvas said its tech can be incorporated into curved glass screens, or used under material to hide switches or sliders.

All this hidden tech of course allows designers to create that living room feeling car-makers are striving for as autonomy creeps ever closer. “Life in the car won’t be so different from home,” BMW’s Frolich said. “It creates the feeling of having already arrived.”

Seat and Eyesight Technologies
Seat’s Xplora team, which  searches for innovative companies that develop connected car tech and smart mobility services, has been working on technology that studies a driver’s eyes and head movements to detect if they’re falling asleep.
Xplora has partnered Eyesight Technologies, based in Tel Aviv, Israel, which has developed an algorithm which analyses the eye openness, angle of vision, blink rate and head position of the driver, along with other visual attributes.

In the event it detects that the driver is drowsy, asleep or distracted by their phone, it will trigger an alert. The tech can also identify the driver from previous trips and adjust the seats, mirrors, heating settings and other cabin features according to their personal preferences.
Seat and Eyesight Technologies hope that eventually, the software will be able to detect pedestrians and analyse whether the driver has spotted them as well. 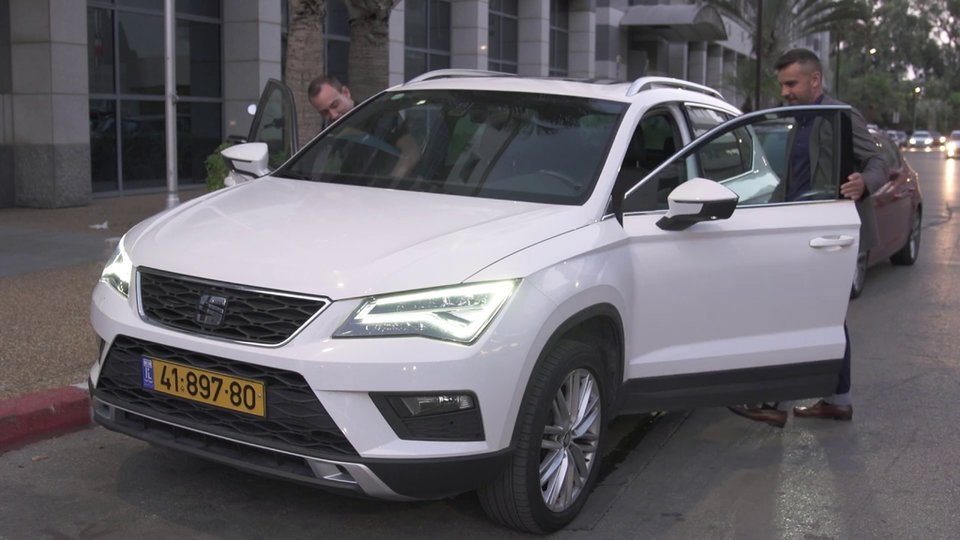 For more on D’Ambrosio’s career in design and LDA Design, read this article from Car Design Review 6.